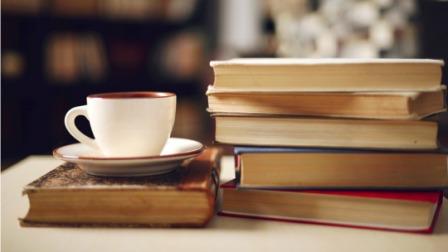 Hey there! The other day I was scrolling through Pinterest, because let’s be honest, I’m a sucker for the home design posts. I cannot tell you how many posts I have pinned in the Home tab. It’s probably turning into a bad habit because if I put everything I had pinned in my future house I’d have to have a mansion, maybe a castle. I admit, I can’t help it! Anyways, the other day I came across this pin for a year long book challenge, to read 52 books in a year; one book a week. I had this half second thought that maybe I should do that, and kept scrolling. Well here I am a couple days later, with the thought back in my head and I’m deciding to do it.

When I was a kid, I hated reading, as I’m sure my sister will attest too. I never understood how my sister could sit there for hours a day and just read Harry Potter! But I have to admit, once I actually started reading, I too came to really enjoy it; especially when I was in high school. However, when I went to college and had to read textbook after textbook, I lost my motivation to read. I’ve read a few books since college, but nothing like I used to. Instead, what now takes up my time? Netflix. Way, way too much Netflix. Now, I’m not saying I watch it every minute of every day. However, free afternoons between practices, and at night before bed it’s running on my laptop while I scroll through Instagram and Pinterest. I came to the realization that I scroll through other things while I watch Netflix, because I get BORED watching tv shows and movies. Sure, I like them, but half the time I don’t even know what is going on because I missed half of it looking at Kerri Walsh Jennings Instagram page (Beach Volleyball Olympian for those that may not know who she is). I started the movie “Walk the Line” about Johnny Cash probably 3 times before I actually finished it. I’d start it and then turn it off after the first 20 minutes because I didn’t know what was happening. Not because it’s a bad movie, it turned out to be a great movie when I finally put my phone down and watched it. I just really wasn’t paying attention. So if I’m not even watching it, why do I even have it on?

This made me realize that maybe I should do something else with my time. So I’m taking that 52 week book challenge, and I’m starting it. First book I decided to read was recommended to me by my agent, Ryan Owens. It’s a book called “The Subtle Art of Not Giving A ___.” Sorry for the word, but that is literally the title of the book. Turned out to be a really good read! We had an 8 hour train ride both ways this last weekend for our games and I read almost all the way through it. The author literally just says things as he views them and that’s that, straight forward, funny, and he doesn’t care if you agree. I’d recommend it for people that don’t get easily offended.

The next one I am going to read is called “You are a Badass” by Jen Sincero. I’ve been recommended it several times and if I’ve got 52 books to read, might as well make that one of them! I’ve mostly decided to read because I don’t want to be someone who looks back at my year and realizes I spent most of it “watching” a tv show and didn’t learn a thing. I sat down and started a list of the books I will finish this year. I will add on as I need to, right now I only have the first 17 weeks filled, but I have time to find the next ones and rearrange!

So if anyone has some great books to recommend I’d love to hear it! I’ve got 35 more weeks to fill with books.

Middle From the Middle